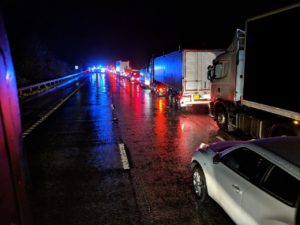 Police said the accident happened in the northbound lanes of I-45 near Simpson Stuart Road as the woman was walking along Dallas I-45. The Dallas Fire-Rescue Department arrived at the scene after several 911 calls reported a woman being hit by a truck.

Although first-responders performed CPR on her, the pedestrian was later pronounced dead at the scene. She has not yet been identified.

The 18-wheeler driver said he wasn’t able to avoid the woman. Fox4 News reports that the driver stayed at the scene and cooperated with the investigation. Police say the driver will not be charged for the accident.

Police ruled the woman’s death an accident, which is why the driver was not charged for any crime. In many cases, truck drivers are accused of negligence, but these rulings are oftentimes unfair and inaccurate due to the high pressure they face to meet deadlines set by their employers.

A controversial case of a truck driver who was sentenced to 110 years in prison for a 2019 fatal accident in Colorado on I-70 was criticized for the harsh punishment. He was later resentenced to 10 years after indignation from family members of the victims and advocates.

The National Highway Traffic Safety Administration (NHTSA) reports over 2 million people who suffer injuries as a result of vehicle accidents, and those crashes involving trucks are far more severe and catastrophic. One of the leading causes of truck accidents is driver fatigue. According to the U.S. Department of Transportation, about 8,000 of all truck accidents occurring each year are due to a tired truck driver.

Regardless of the occurrence being ruled as an accident, loss of life is an unfortunate result that affects, not only the victim’s families, but also the driver and their families. We extend our deepest condolences to the pedestrian’s loved ones mourning her death.

If you are the victim’s loved one, you may have questions about the accident. While police may continue to investigate the case, you deserve answers about what really happened. That’s why we are here to help.
Please contact us and reach our experienced attorneys at The Law Firm of Oscar A. Garza. You can call us any time at 210-732-3030 or fill in your information via our live chat, and we will contact you right away. We look forward to hearing from you. 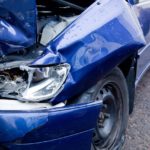 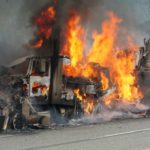