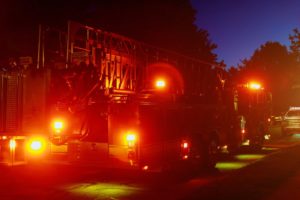 The accident occurred on South I-35 North and Benton City Road on the far south side of town. Several agencies, including Von Ormy police, Somerset police and Bexar County deputies arrived at the scene in the early hours of Sunday, around 4:17 a.m.

Officials say that an unidentified off-duty Somerset police officer was driving north on I-35 when he was involved in a fatal crash with another vehicle.

The driver of the second vehicle has been identified as 26-year-old Sergio Zuniga of San Antonio. According to reports, Zuniga was pinned inside his car and unresponsive. Firefighters extricated the victim and performed life-saving measures, but Zuniga was pronounced dead on the scene.

The off-duty officer, on the other hand, was taken to a University Hospital with a broken leg and laceration on his head in stable condition.

I-35 remained closed until deputies finished investigating and clearing the accident scene.

The tragic loss of Sergio Zuniga’s life was an unfortunate accident involving an off-duty police officer in Von Ormy, TX. While the information is unclear as to whose fault it was, this was evidently not an intentional occurrence, and it happens more often than we think.

In 2021, traffic deaths hit a 16-year high—Nearly 43,000 deaths—according to the National Highway Traffic Safety Administration. However, an April 2022 preliminary report shows that motor-vehicle deaths are down 11% from 2021. The decrease in number of deaths this April occurred even as miles driven increased compared to April 2021, the report also states.

Off-duty police officers, even after clocking out of work, still have rights and responsibilities pertaining to their job. They are to act in a responsible manner and uphold integrity even in their private lives. However, accidents can still happen, and the news report doesn’t specify whether the police officer was charged for any crime.

Nevertheless, traffic deaths and fatal crashes can still be painful circumstances no one wants to be involved in, especially if they result in serious injury or death. Not only does this mean profound emotional and psychological trauma, but it also means a financial strain in covering expensive medical fees and a long recovery process.

In many cases, however, you can be financially compensated in the event of an accident. If you, or a family member, has been involved in a car accident, it is important to obtain legal counsel to know who is responsible for the damages. This is why we extend our expertise at handling on-the-road accidents of any magnitude.
Reach out to our experienced attorneys at The Law Firm of Oscar A. Garza in San Antonio, and rest assured we will handle your case.  You can call us 24/7 at 210-732-3030 or fill in your information via our live chat feature, and we will help you right away. 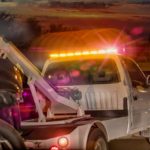