Fatal crash on I-10 leaves 1 dead and 2 injured

El Paso, TX — June 20, 2022. A fatal two-vehicle crash on I-10 west near Sunland Park Drive left one dead and two injured. A 2005 Ford Mustang and a 2015 GMC Sierra collided in the early hours of Monday. According to El Paso police, the Mustang was at a complete stop just as the Sierra slammed into the car.

According to footage taken by the ABC-7 crew, it shows the pickup truck with a heavily damaged front and the back of the Mustang completely destroyed.

The driver of the Mustang died. He has been identified as 22-year-old Isaias Joel Garcia of Vinton in El Paso County, TX.

The driver of the GMC Sierra has been identified as 29-year-old Las Cruces, NM, resident Juana Elizabeth Caballero Macias. In the vehicle was also 23-year-old Christina Hernandez, also from Las Cruces. Following the accident, both were taken to the hospital due to their injuries sustained in the collision.

Commentary on Deadly Two-Vehicle Crash on I-10

While it is still not clear why the Ford Mustang stopped on I-10, police are still investigating. In cases such as this, it is important to know what could have been the reason why the Mustang was at a complete standstill in order to prevent any more fatalities on the road.

Car accidents on highways are more frequent and more likely to be fatal than accidents that happen on rural roads, according to the National Highway Traffic Safety Administration (NHTSA). In fact, Texas I-10 was ranked fourth in the top 10 U.S. deadliest roads last year. As of late 2019, I-10 reportedly had 54.5 fatal accidents for every 100 miles.

Regardless, crashes are unforeseen, regrettable circumstances no one wants to be involved in, especially accidents resulting in loss of life. We send our deepest condolences to the Garcia, Macias, and Hernandez families affected by this tragedy, and we offer our legal knowledge of handling fatal car crashes of this magnitude.

If you are a family member of one of the victims, you may have several questions and demand answers about what really happened at the scene. Police at some point may not be proving helpful or giving out enough information for your peace of mind.
Please feel free to contact our experienced attorneys at The Law Firm of Oscar A. Garza with offices in San Antonio, Laredo, and Eagle Pass. We are available 24/7 to answer your phone calls at 210-732-3030. You can also fill in your information via our chat feature, and we will contact you right away. We look forward to hearing from you. 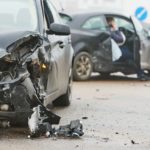 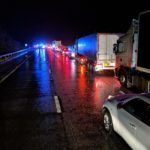