Man critically injured after two-vehicle crash on North Side 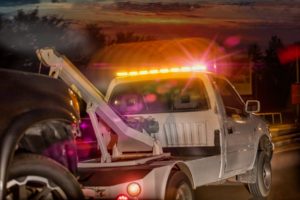 The accident occurred early Sunday morning when an unidentified woman broadsided a pickup truck at the intersection of Blanco and Basse roads around 3 a.m., San Antonio fire officials reported.

Fire officials also reported the collision sent the pickup truck through a rock wall and into the parking lot of the Allena Village Shopping Center.

The driver of the pickup truck was taken to a hospital in critical condition, while there was no official word if the woman was hurt.

Police continued to investigate the scene and gather evidence of the accident. Neither the driver of the pickup truck nor the women’s identities were revealed to the public.

Commentary on two-vehicle accident on San Antonio’s North Side

Injuries due to vehicle crashes are no joke. Among the most common injuries suffered in traffic accidents are traumatic brain injuries, which occur when the brain is damaged by a blow to the head and can even cause long-term disability. People can also suffer spinal cord injuries or paralysis, limb loss and fractures.

The driver of the pickup truck was critically injured as a result of the collision, and will probably require a substantial amount of time in the hospital in order to recover. However, this can mean a strong financial stress on the injured person and their family, since medical treatment is expensive, and you often don’t know how long you’ll need it. This especially applies to people with permanent damage to their bodies.

Motor vehicle crashes are normally divided into four categories – frontal, side, rear and rollover. According to a study by the Association for the Advancement of Automotive Medicine, the most harmful sequences depending on the crash were side-side (27.7%), front-side (15.8%) and front-front (14.9%). In this case, the woman collided with the side of the pickup truck, which explains the man’s serious injuries.

A 2019 report found that around 2 million drivers in car accidents experience permanent injuries every year. Furthermore, the World Health Organization reported that Road traffic crashes cause up to 50 million injuries globally each year.

In short, it is more often than not that serious injuries follow car crashes and traffic accidents. Because traffic accidents are unpreventable, shocking situations that almost nobody is prepared to face, it is recommended that you at least know a local attorney who can help you release some of the stress from this type of accident.
If you, or a family member, has been involved in a car crash, one of the first steps is to seek legal advice to know who is responsible for the damages. We offer you our expertise at handling on-the-road accidents. Feel free to contact us and reach our experienced attorneys at The Law Firm of Oscar A. Garza.  You can call us 24/7 at 210-732-3030 or fill in your information via our live chat feature, and we will take care of your case right away. 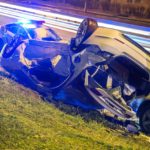 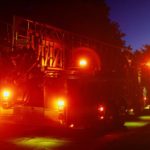